Dystech, an Australian start-up that is using the technological power of AI and Machine Learning to solve real-world problems, has created the world’s first app that screens for dyslexia, giving the user a percentage likelihood of having the disorder in just minutes.

Individuals with dyslexia have trouble with reading and spelling despite having the ability to learn. The primary indicators of dyslexia include problems learning the letter sounds for reading (decoding) and spelling (encoding). Other indicators include difficulty in reading single words, such as on flashcards and in lists, difficulty to decrypt unknown words, lack of accuracy and fluency when attempting to read and reading slowly with many mistakes.

It’s reported by peak bodies in Australia, such as the Australian Dyslexic Association (ADA) that more than 10% of the population suffers from dyslexia. The ADA also reports that dyslexia is the most common cause of reading, writing and spelling challenges and difficulties.

CEO and Co-Founder of Dystech, Hugo Richard has both dyslexia and dysgraphia and was compelled to help other children from all over the world to overcome the challenges that come with the disorder, so he worked on establishing a team that could help him develop the app.

“I know from personal experience, but also by observing the situation today that early identification is very important so that these children can get help. The team and I where convinced Artificial Intelligence and Machine Learning would be able to help us build an app that could screen for dyslexia using mathematics and data,” he said.

“One of the reasons we have looked at creating an app was because of its accessibility for all children, no matter where they live in the world and that it’s affordability for parents or teachers. It is also very simple to use, requires no prior training, and takes a very short amount of time to complete.”

After collecting thousands of audio samples, Dystech has launched their new ‘Dyscreen’ app, allowing parents, educators or professionals to listen to their child read real and made-up words aloud to receive a percentage likelihood of dyslexia in less than 10 minutes.

The app also emails the user a comprehensive report of the reading activity, which identifies reading and other data collected throughout the task.

“The app is suitable for use in children over the age of 8 and is currently available in English. It also works regardless of any accent.”

Does your child or student have difficulty reading?

The app has been created by Dystech’s global team of data scientists and has been built from the ground up using the latest in machine learning technology.

“We have spent the last year collecting thousands of audio samples so we can build an algorithm for this app. We then used this information to create the algorithm to recognise the likelihood of the condition. Our data scientists have worked with students and people of all ages in various communities as part of our research,” said Hugo, whose team also recently launched an app that screens for dysgraphia.

“The app captures dynamic features of reading like reaction time, reading time, etc – something a human expert cannot do. All of the estimations are computed using mathematics making the screening tool independent of human expertise to avoid any subjectivity. We have achieved 80% screening accuracy with the algorithm.”

The app is now available, each screening will cost US$19.99, which Hugo says is much more affordable than initially seeing a professional.

“If the app reads that a child’s likelihood of having dyslexia is above 70%, they should then seek support from their local dyslexia association.” 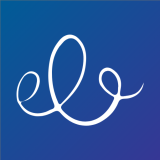 Free screening.
Use the coupon code: MAY100